Showing posts from September, 2013
Show all

September 25, 2013
Since I'm not working many hours yet, and since I'm living in apartment with quite a few books I've never read before (and close to a bunch of awesome  libraries)... I've been reading a bunch. I'm sure that you're all shocked. So here's what I've read in the past month. ~~~ The Happiness Project  by Gretchen Rubin. Since Mom reads the Happiness Project  blog and sends me random things from it sometimes and talks about it, when I saw her book sitting on the shelf, I decided I may as well read it.  It was fun -- she writes very conversationally and has some good and motivating ideas.  I wouldn't say it was life-changing, but there you go.  It's worth reading, or skimming at least... but probably not buying. Lulu in the Sky  by Loung Ung After being in Asia, I find that I'm way more interested in reading other books about... Asian things.  Duh.  Anyway, my friend Dominic's passion for Cambodia made me really curious to learn more about the
Post a Comment
Read more 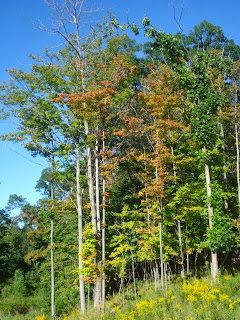 Most days, there is no shortage of things that I want to do and things that I need to do and things that I ought to do.  Being bored really is not usually a problem.  (I mean... there are more books to read... there are more languages to work on...foods to cook...) I think that chaotic combination of way too many things is a huge part of what I love about story writing.  It's probably true of any kind of creative crafting -- everything sort of layers together and one thing leads to another and before you know it, you're in over your head. Recent example:  I decided that characters should have some sort of tattoo indicating what religion they follow.  This led to quite a lot of obvious questions (such as how did I want to divide up the religions and what do the tattoos look like and is there a standard placement for them?) and then some connected questions (what does modesty look like? what is the climate like?) and then some google searches like exercise clothing in Thailand  a
Post a Comment
Read more

September 07, 2013
I was on the corner of the sidewalk, waiting for the signal to cross the street.  Next to me was a man who had been there when I crossed the first time; his job was to bounce around a sign advertising $5 pizza at Little Caesar's.  I was not especially inclined to talk to him for at least these two reasons: There are a lot  of sketchy people.  (I could have a blog of bus "friend" stories.) I don't live in Detroit, but the area here isn't the most, uh, friendly and reputable either. I was kind of in a hurry to get across the street and to my interview at Panera. Am I wasting my time just standing here? Shouldn't I be talking to him? The questions came into my mind suddenly.  But I'm in America now, I don't have status as a "foreign expert" that I do in China -- why would he listen to me? And what would I say, anyway?  "Hello, sir, you look kind of sketchy and I look like a high school student (or maybe college, if you're feeling genero
1 comment
Read more
More posts