Plans Can't Keep Up With Changes (especially during a pandemic)

July 04, 2020
It's still humbling to recall how, when news of the covid-19 pandemic first broke, I didn't think it was going to be a problem here.  Months and thousands of deaths later, with friends who have suffered from sickness and loss, it's obvious that I was incredibly wrong in my assessment of the situation.  I couldn't have guessed at how the spring and summer would unfold, at the changes that were written in the next few pages and chapters of my life that I never would have seen coming.
April went by in a blur of confusion and exhaustion and grief as the US scrambled and reeled and states staggered with making decisions about how to cope with an incoming wave of devastation.  Pennsylvania's governor instituted a stay-at-home order that was prolonged a couple of times for the county I live in, which brought a twist I had never imagined to Jason's and my season of engagement -- in the same country, even the same county, yet not seeing each other for weeks.
That hurt.
Suddenly, I wasn't seeing my family except for drive-by drop-offs -- wearing masks and waving from a distance.  Church was online, and I felt like I was back in China, physically separated from most of the people I love.  That hurt too.  Information kept pouring in and it felt like life shifted from moment to moment and plans were all shredded and scrambled.  There was much that I appreciated about the ways that technology enabled communication and shared activities, like watching Phantom of the Opera with Jason or facetiming with friends or calling my Grandmum, and I have been thankful for some of the stellar memes that people have created.  There were good days with the other people who lived in my house as we watched The Princess Bride together or celebrated Easter; there were sweet new routines like getting coffee on Saturday mornings from BFCAT; but overall, the global uncertainty and anxiety of each day made me feel undone, like my cells and soul were coming a little unraveled.
And in the midst of it all, Jason and I were trying to figure out our plans for our wedding, originally scheduled for June 20th.  Was it better to wait and see?  To make a call?  To postpone the celebration?  When our stay-at-home order was extended towards the end of April, we met up for the first time in a few weeks.
"Let's run away and get married," I had teased Jason for a couple of years, but that evening he was the one who said, "What if we moved the wedding up?"
We could only have ten people there.
It meant undoing many of the dreams we had for what the day would look like, where the ceremony would happen, who would be present to celebrate with us.  It meant definitely having a housemate for the indefinite future, which wasn't at all my original plan.  And yet -- it felt like an obvious decision in many ways, and one that I had no regrets about after saying yes.  After the weeks of bad news and life feeling frayed and tattered, it was time to plan for something good. 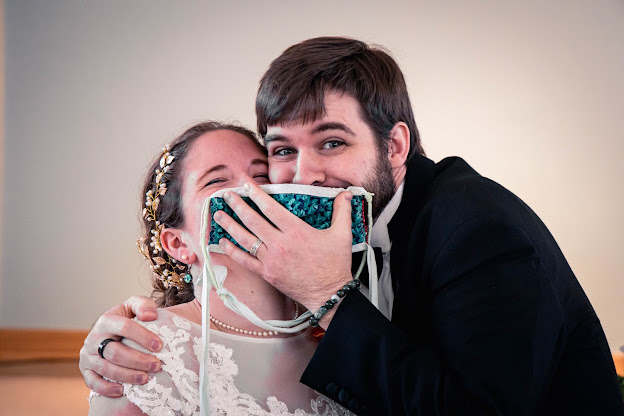 And it was a good day.  Perfect, my friend Sarah and I said the other day as we reminisced about it, and it really was.  It was also bittersweet, mostly because there were so many people who we wanted to get to share the day with and laugh with and dance with and eat with.  Perfect because friends and family all over the world joined in by watching the livestream and sending us pictures of themselves and their cookies, and because it was a beautiful, intimate ceremony, and we got married.  (Almost two months later, we still look at each other all the time and say, "I can't quite believe we're married!") 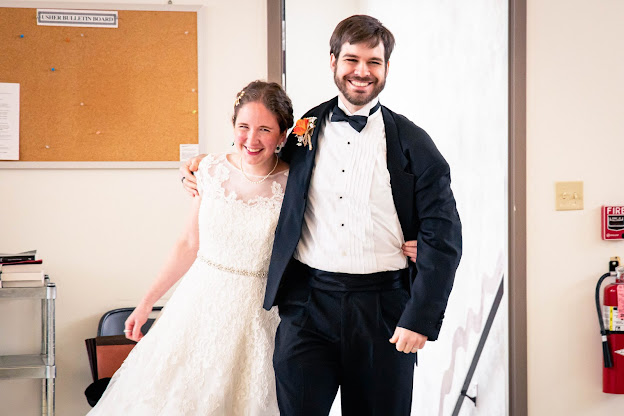 We're not past the pandemic yet (despite what feels like a widespread tendency among Americans to decide that it must be over since we're not enjoying it) and one thing I'm enjoying is cultivating a playlist on Spotify (creatively titled covid-19.)  It's a messy hodgepodge of songs that have connected to different pieces of life during this season, so that I'm a little less likely to just forget the highs and the lows later on.  So far, here's how that playlist looks.  I'm curious to see what else will get added to it in the coming weeks and months. 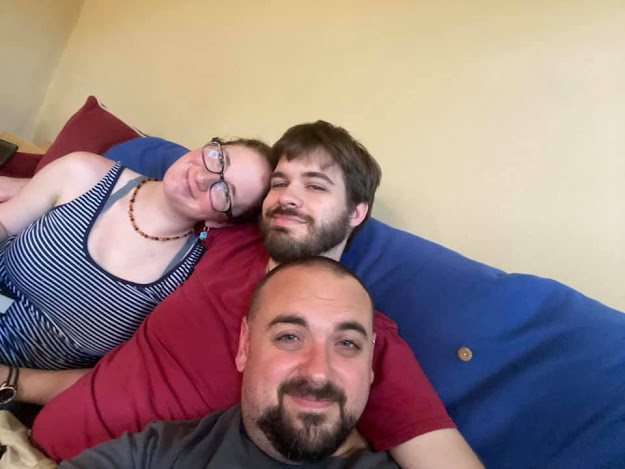