June 08, 2016
One of my favorite descriptions of a character, brief though it is, is of Celia Davies in So Brave, Young, and Handsome by Leif Enger.

I don't know her story, for she was an adept evader of questions, but her life would be a giddy crossword, working down from some clues and across from others.

I love getting to know people.  I love the game of putting the clues together, figuring out which questions to ask, what makes them tick, and piecing their story slowly together.  It takes a long time, sometimes, to even begin.  With coworkers I have the excuse of hours spent on quiet shifts together, and a captive audience, so I toss hypothetical questions at them.  What would you do with a million dollars?  If you had a superpower, what would it be?  If you were going back to school to study something completely different, what would you choose?  Questions lead to stories, and often I get to know them more deeply than I would otherwise.

With others -- customers, neighbors -- the process of figuring out clues is more challenging.  But it's always encouraging to me, to feel like I'm getting a tiny glimpse of the depth and complexity of another person, another bearer of the imago Dei. 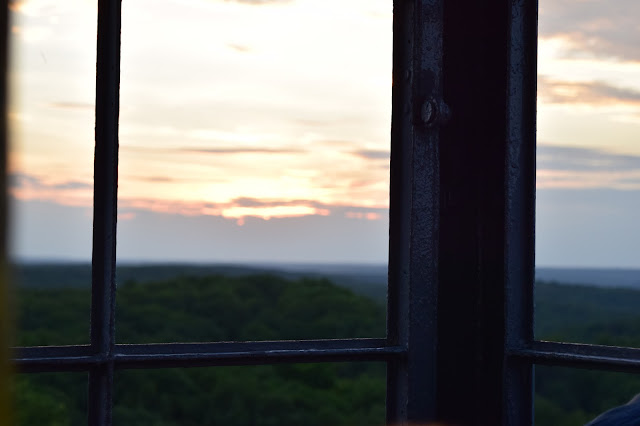 Two recent stories, both of which make me smile.

The First:
One of our regulars -- a house painter with long dreadlocks, partially responsible for my workplace nickname "Onion" -- was in a week or so ago.  "How's your week going?" I asked, and he said that his wife's birthday was coming up and he'd been working on a gift for her -- a jewelry chest with a mirror and hooks.  It sounded elaborate and fantastic.  He came back in a day or two ago.  "Did she like the gift?" we asked.

He laughed.  "Yeah, she liked it pretty well.  And all her friends like it too.  And all their husbands are mad at me -- like man, we can't beat that!  But that's how it is.  I guess I started it that way when I proposed to her and it involved a hot air balloon over her house."

And he added cream to his red eye coffee and headed out the door, leaving all of us so curious and intrigued. 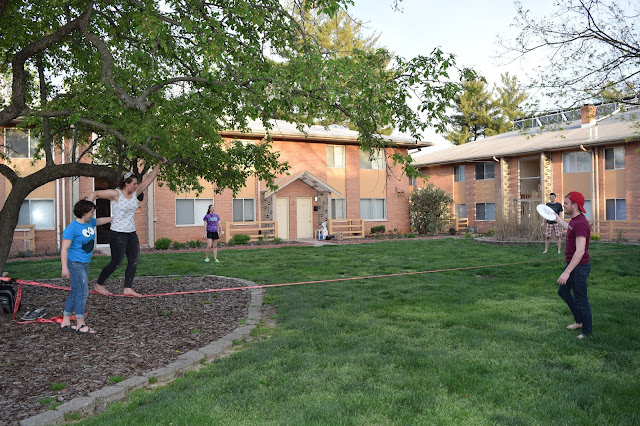 The Second:
We have finally gotten to know one of our neighbors who lives in an apartment below us.  (Slack line + picnic + Tautology Club + dog = easy introductions)  He's gone for a few weeks for military stuff and Laura and I discovered that we miss him and the random running into each other, watching butterflies hatch and leaving silly notes on each other's doors.  Reminiscent of college.  :)  Anyway, I texted him to find out when he would be back and somehow we ended up talking about how I ended up going to China and how he ended up in the military.  It's funny realizing that you've spent a year living a room away from another human -- another living, breathing, person with a soul that will never die -- and don't know them at all, have barely seen them.

"People are so interesting usually," Wil's last text to me said.  Truth.

Down from some clues, across from others.