February 29, 2016
I keep using the one word:  drama.  Because sometimes that's the quickest explanation of the whirlwind of junk that seems to be sweeping through the lives of those close to me.  "A lot of drama," I tell people when they ask what's been going on.  It's easier to call it drama than to talk about fear of cancer, friends making bad choices, broken relationships, psych wards, unemployment, troubled families.

But I was thinking today about that word, drama, and of the ways that what I want to dismiss doesn't so easily disappear.  Often it seems, in fact, to go beyond logic.  The results of what are apparently petty sins, selfishness, deceit and immaturity cut deep wounds into people's souls.  Wounds that time is not sufficient to heal.  Wounds that are still raw to the touch years later.

Why? I wondered on the walk to work this morning.  Why does the poison in some cases spread and spread, like a cancer itself, when it was just drama in the first place?  Why does it seem more like something deep was going on... a very real spiritual warfare... 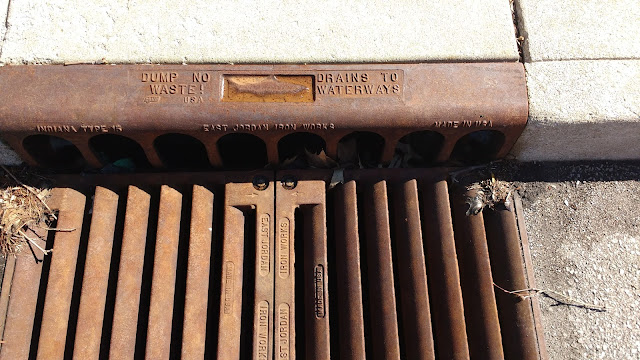 Because maybe so much of what I want to shove in the box of drama, a box that feels containable and safe to me, really is more like spiritual warfare.  Maybe I've been dichotomizing, as if somehow the sins of obviously immature people didn't really affect souls, as if there were no consequences before people turned 18 or 21 or 30.  Or whatever age, something comfortably older than me.

Maybe those "small" sins, the selfishness and petty venom, are indeed just as virulent and poisonous as the more obviously heinous ones.  Maybe they are a part of spiritual warfare, of the active struggle between those who are acting for the kingdom of God and seeking to do His will, and those who are acting against it.

And as soon as I began thinking about the stuff going on, the heartache and fears and wrecked dreams and brokenness that's been shattering lives all around me, everything made more sense.

Of course the effects aren't limited to physical reality.  Of course prayer is the chief recourse in fighting against such drama.  Of course it's exhausting.  Of course it poisons hearts and lives and hurts souls.

And prayer, as Dan preached about yesterday (look for "Prayers of Supplication") is us interrupting the work of heaven.  Not in a bad way, but in a way that we are joining ourselves in relationship to God and joining in His mission.  He listens to us.  He invites us into the action.  And we really get to communicate.

Thinking about all of the things that I want to dismiss as drama as actually being fallout of spiritual warfare makes me want to pray more.  It makes me desperate to pray more.  It opens my eyes to the spiritual reality that in this grand drama, souls are being shaped.  People are wrestling with some huge questions:  love or apathy?  engage or withdraw?  what does forgiveness look like?  how do I live wisely in my context?  Those questions form our souls and who is sufficient for such things?  When I stop waving the situations off and begin taking them seriously, I see my need to flee to God for help, because I know that I am not enough to take this on by myself.

I am now tempted to dismiss my whole train of thought this morning as not really altering anything.  What does it matter if I think of what's going on as "drama" or "spiritual warfare"?  It's just a perspective shift...

But maybe it's God answering the prayer of Elisha.  Wasn't that just a perspective shift?

That we may truly see reality and know that we are engaged in a war and trust in Jesus Christ, the Victor.
Bible daily life journaling relationships