So once I was in a sword-fighting club.

January 16, 2016
I don't really remember what I thought that college was going to be like.  I'm pretty sure that I thought it mostly had to do with classes and was startled as anything to find out that I was learning just as much (and probably more) from all of the people I was living with as from the lectures.

Nearly four years out from graduation, it's been interesting to me to see which friends are still a part of my life in ongoing ways, ways that build new memories rather than leaving us with the "remember when" stories.

A few particular things stand out in my mind as having impact far deeper than I could have anticipated.

The first is Dagorhir.  The friends who I sword fought (or not) with, ate with, stayed up late with, froze with, squished into booths with -- those are the people who have been most a part of my life post-graduation.  Those friends have constituted the majority of my college friends where our friendships have continued to grow as we have grown.  And I am thankful.  I didn't necessarily expect it.  I had a very love/hate relationship with Dag in college.  They were my chosen friend group but dang, it was a messy group.  There was drama and snark and sin and struggle, depression and anger and serious issues.  And stereotypes.  And a million other problems.  There were plenty of times that I wondered why I'd ever gone running out of Clarke to join them.  (Especially on days when one other officer and I would show up to practice... and no one else.)  I got sick of the question, "But what are you practicing for?" (mostly because I didn't really have an answer.) 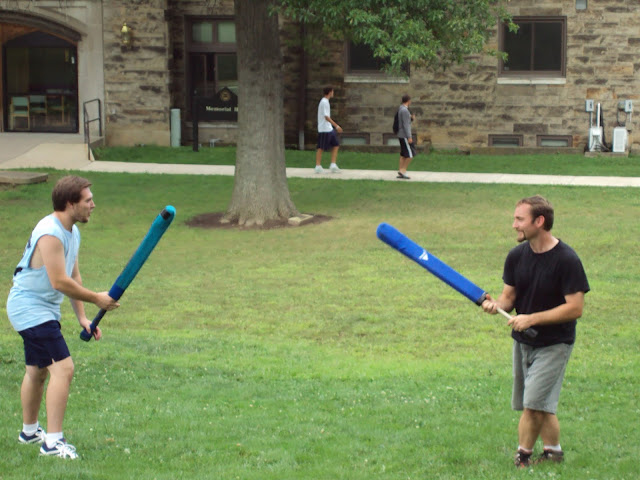 I know now, sort of.  We were practicing for life.  We were practicing community.  We were practicing church.  The sword fighting, the king battles and kill-your-killer and mass melees weren't really what the club was about.  Those were ways that we were about it, along with the weapon building days and the Dap drizzled on the sidewalk and the lingering conversations in Alex's, the times we hung around the table talking until the dining hall staff all-but-literally threw us out.  We were almost-adults, about a very serious type of play during our time in college.  We were practicing skills that we'd need when we graduated and were suddenly in the world of adults, where community is a very tricky and slippery thing.  In the "real world," it is terrifyingly easy to slide under the radar and to feel unknown and isolated. 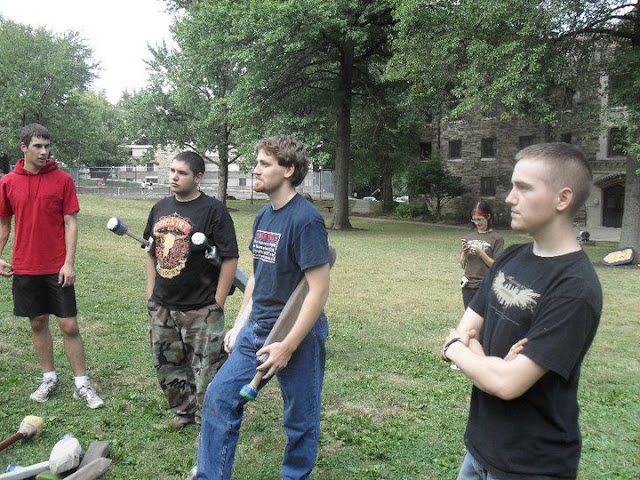 I am grateful for the hours and hours of practice.  The goofy it's too cold to be outside conversations.  The late night heart to hearts.  The joy of getting to whack your friends with weapons you built.  The tight bonds of friendships that wouldn't let you escape, because it was a small campus and if you didn't show up for a meal eventually, someone would come hunt you down and find out where you'd been. 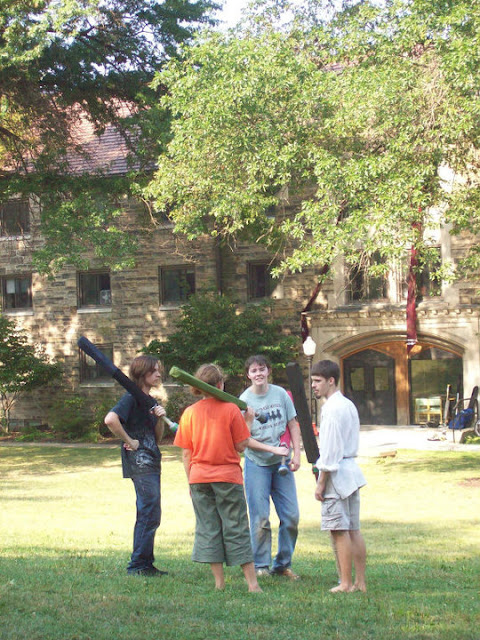 I am thankful for the friendships that have endured and the memories that still make me smile.  I miss you all more than I have words to say and I do thank God every time I remember you.  Thanks for the pain and the bruises, the heartache and the laughter, the way-too-cold winter practices that degenerated into snowball fights and the days that were perfectly sunshine-filled, the prayers beforehand, the nagging reminders to take off glasses and rings before picking up a sword, the crazy conversations, the many meals.  Thanks for teaching me how to be a part of a community that was formed of deeply messed up humans who were fiercely committed to the well-being of each other.  We didn't always succeed, but none of those experiences were wasted. 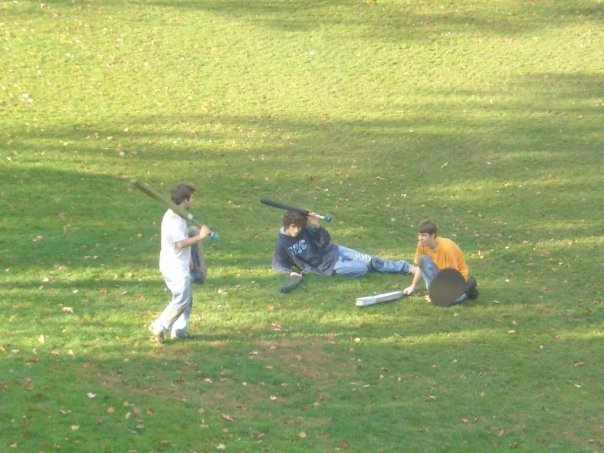 Thanks for the four years of practice.

Thanks for not letting it end there.
friends journaling random relationships