Those Best-Laid Plans (aka, the saga of my Thanksgiving)

December 04, 2015
Two or three months ago, my sister Abbie and I began plotting how I could get home for Thanksgiving without letting anyone else in the family know ahead of time.  There were loads of texts, FaceTime, and calls going back and forth.  She sorted out her work schedule, I bought bus tickets; she made sure that our family was actually celebrating ON Thanksgiving, I made "plans" with a family from church and asked Mom for gluten free recipe ideas so that I could take a dish with me to their house...

We worked out every possible snag as well as we could. 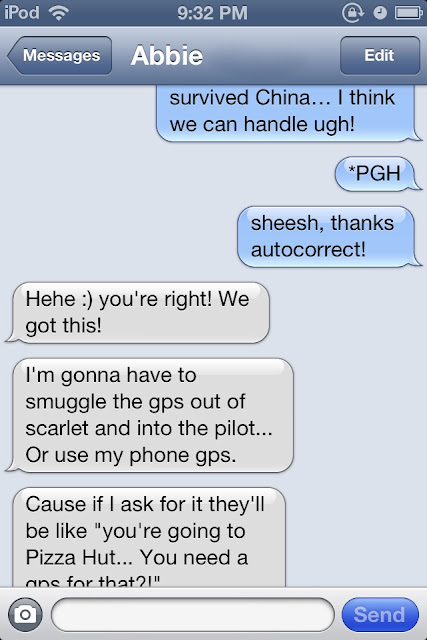 Seriously.  We had such great plans.

Finally, on Wednesday morning, I was all set to take a few buses and get to Pittsburgh.

And there was nothing that I could do about it.

I've cried before in the Indy Greyhound station, but that was because I had to say goodbyes and there is not much in the world that I hate more.  I certainly didn't plan on crying there on this trip, but when I was told that the bus for Pittsburgh was gone and there wouldn't be another until 8 that evening, and they weren't even sure that I could get on it, I went over to sit down and sobbed.  (The tipping point may have been when the man who delivered the bad news to me, in an attempt to be kind and consoling, said something like, "It's okay... there will be other times..." and I wanted to be like, "...when I'm in CHINA???") I was disappointed about not knowing if I was going to see my family, and I was also incredibly disappointed about the surprise being ruined.  I finally called home, still in tears, and told my parents about what was going on.

Then much brainstorming was launched, and there was encouragement from all quarters, and finally my friend Susan's good advice to do whatever I could to get on the 8 o'clock bus.  I'm pretty sure that she mentioned crying at the Customer Service counter, offering to ride in with the luggage, and sitting on the bus driver's lap as possibilities I could bargain with.  And then she said, "But if it doesn't work, call me and an hour and fifteen minutes later, someone will be in Indy to pick you up."

I felt very loved.  And was glad to have someone just tell me what I should do.  And reassured that it would, in the end, be alright.  So I went and got lunch. 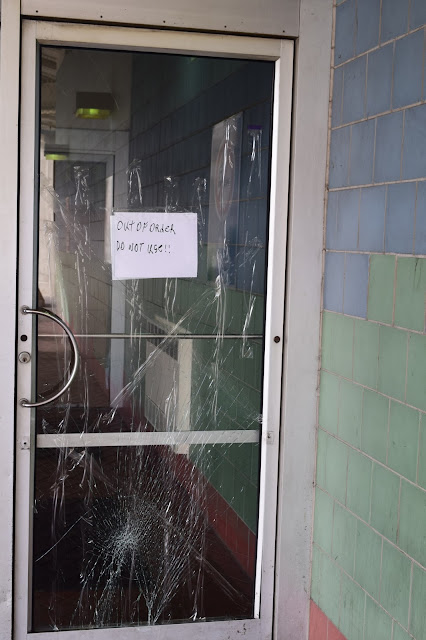 "Why you taking a picture of the door?" some people asked me.
"Because the sign is such an understatement."
Also because I was glad at that point that I wasn't having the roughest day in the bus station.  The door had it worse, I think.

Later on in the evening, I was able to actually get a ticket for the bus at 8, which made me much happier and feeling more like I actually had a pretty good chance of getting on it.  So then I went out and wandered around Indy and took pictures. 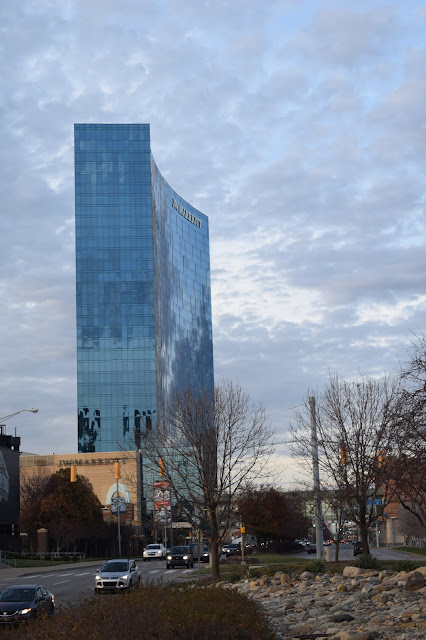 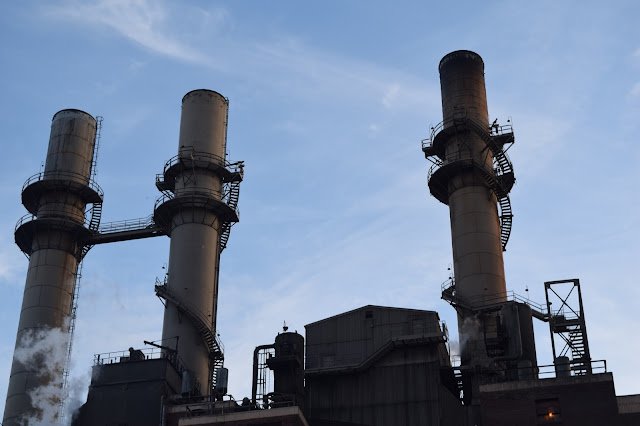 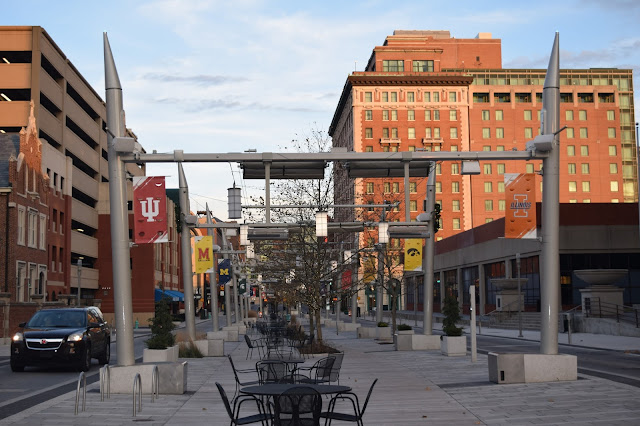 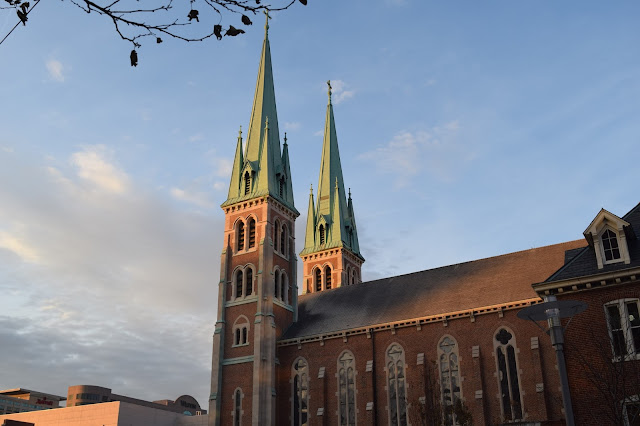 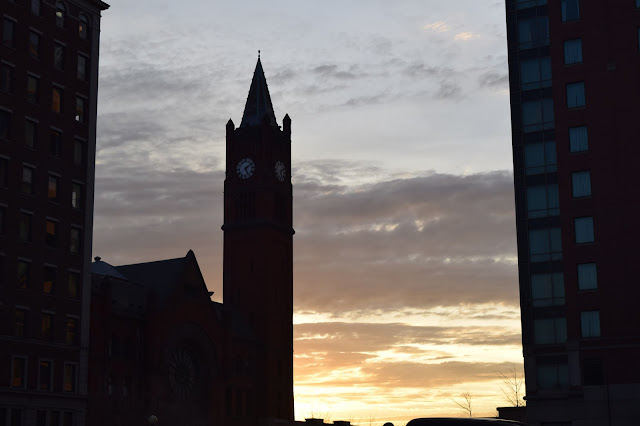 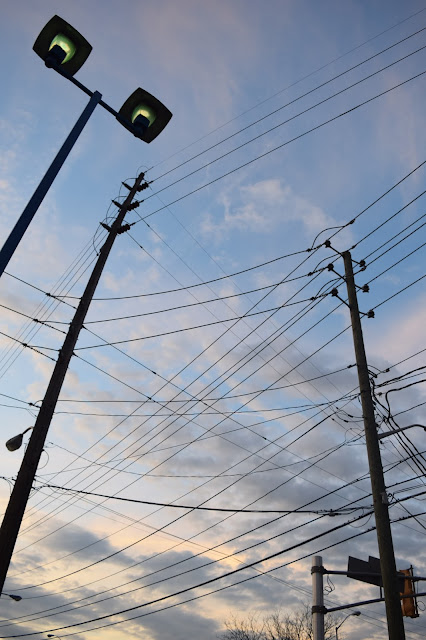 At least, that was my plan.

Probably I should have learned something earlier in the day about how my plans were apt to work out, which is to say, not how I expected them to.

As I took a seat and opened my book, a guy a few seats down from me looked over at me.  He began asking me about what I had been taking pictures of, if I wanted any of the Chinese food he was eating, and where I was traveling.  At first, I tried answering his questions and indicated with my body language that I was really planning to read, not talk.  But he was quite persistent and so, over the next two hours, I heard about his life and career as a trucker.  We talked about China, bad life decisions he'd made (dating a woman who was married and dating another man... he said he should have seen it coming when she proceeded to cheat on him), the best place in Maryland to get nachos, politics, 40-foot sharks, and a lot of other things.  And when I say "we talked" mostly I mean that I listened.  I haven't felt so in danger of my ears actually being talked off in quite some time, but it was mostly interesting and did pass the time.

Then it was time for me to say goodbye and go get in line for my bus.

I had every intention of popping in my earbuds and sleeping for the few hours between Indy and Columbus.  As I queued up with everyone else in a messy attempt at a line, I noticed that the guy in front of me was trying to ask the girl in front of him questions, like "Where did you come from?" and "Where are you going?" and flipping through his tickets with very understandable confusion and she was looking very uncomfortable.

I'll tell you what, by the time I've been in any bus station for nine hours, my social skills are... well... I'm not sure what they are.  A little different than they normally would be, I guess!  So I decided to insert myself into the conversation and took a step closer to look at his tickets and help him figure out if he was in the right line.

The conversation somehow jumped from that to faith.  I do not remember what the transition was, or if there was one.  That led to about three hours of talking until we got to Columbus, at which point I felt like I could make a pretty good start on his biography.  (Just to stay with the theme of my plans not working out, let me mention here that I only planned on talking for the half hour while we stood in line.  My plan on the bus was to listen to music and sleep.  Guess what did not happen...)
It was, actually, probably the most memorable and enjoyable conversation that I've had in the context of Greyhound.   There was a lot that made me think and a lot that made me pray.  We talked about space and welding, family and the moon, the Chronicles of Narnia and music.  And hundreds of other things. 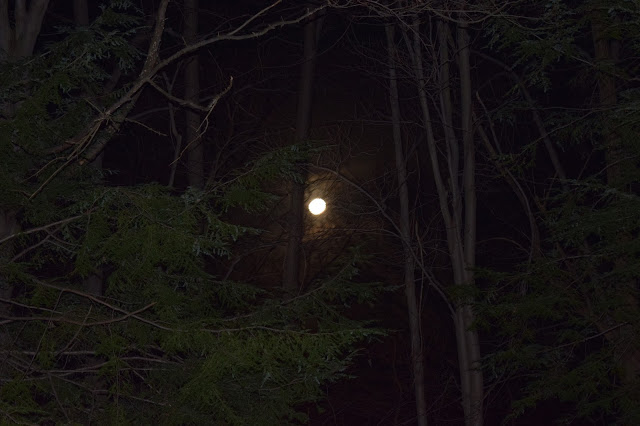 One thing that I love about riding buses is that it has an oddly leveling effect, sort of like tragedy or campfires (or maybe hanging out in a bar? Though I don't do that with people who I don't already know...)  When you're stuck in a seat with another human for a few hours, it becomes easier to see them as a person.

Eventually I did get into Pittsburgh (which was even more beautiful than usual, since there were Christmas lights everywhere), and Dad and AJ were at the station there to pick me up.
And after that, it was a pretty normal Thanksgiving.  I still got to surprise most of my extended family, and that was fun.  I got to eat all sorts of delicious Thanksgiving food and go for a post-dinner hike with the dog (and sort of the kitten) and my sister CG and aunt.  I hung out with my family and watched movies and overanalyzed Star Wars with my sibs to the point of driving our parents insane, listened to Ib make music with Garage Band and his awesome skills, and drove around a parking lot with my dad, who had the courage to put me in the driver's seat of a car for the first time.  (Turns out that I treat the car like a bike.  One that makes me nervous.)  Also involved were bananagrams, spiders, and surprise fireworks.  (We thought we were going on a walk to look at Christmas lights.  Once again... change of plans.  :) ) 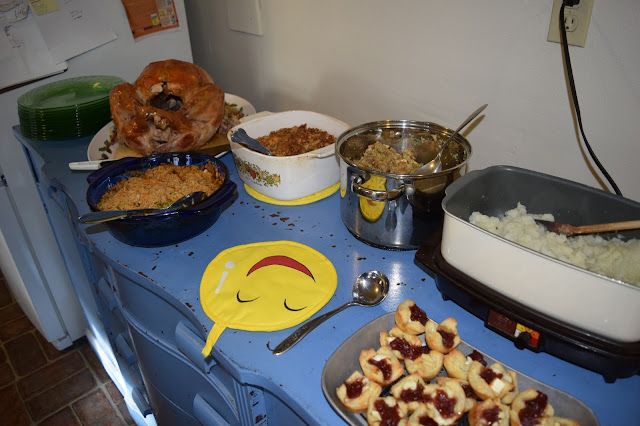 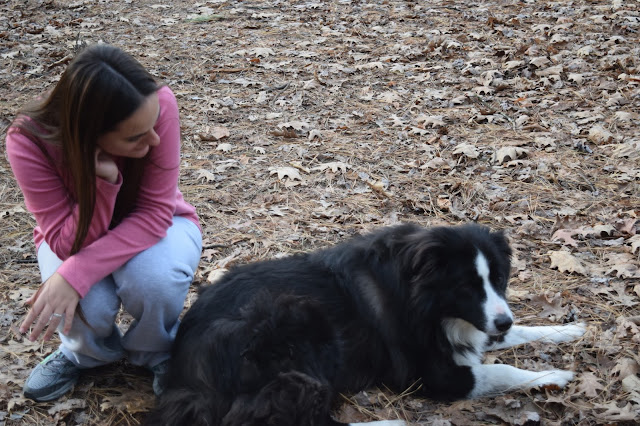 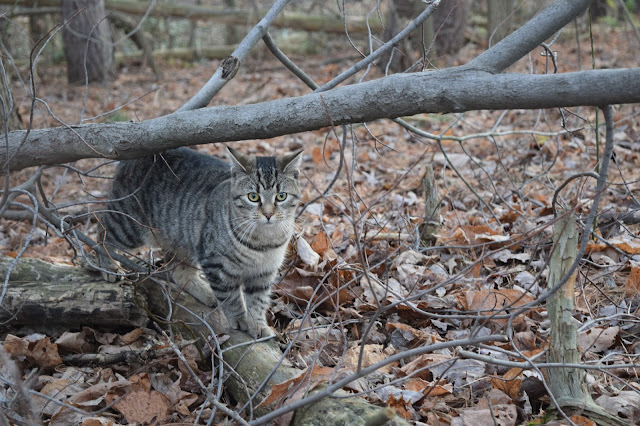 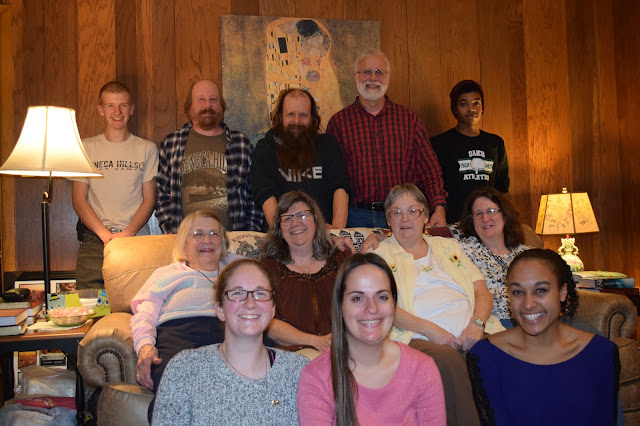 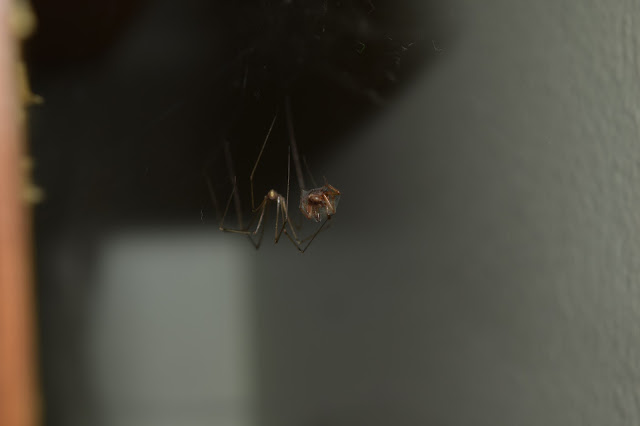 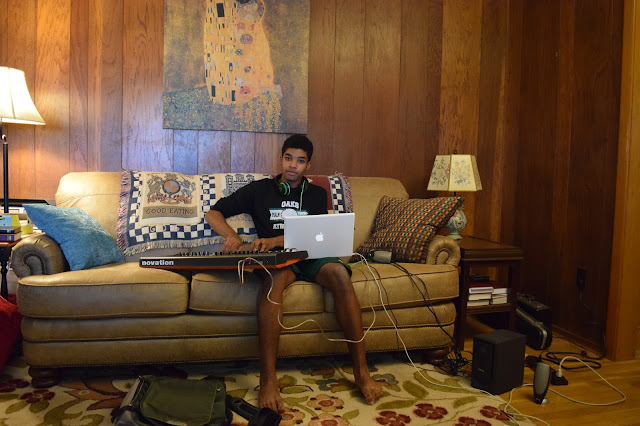 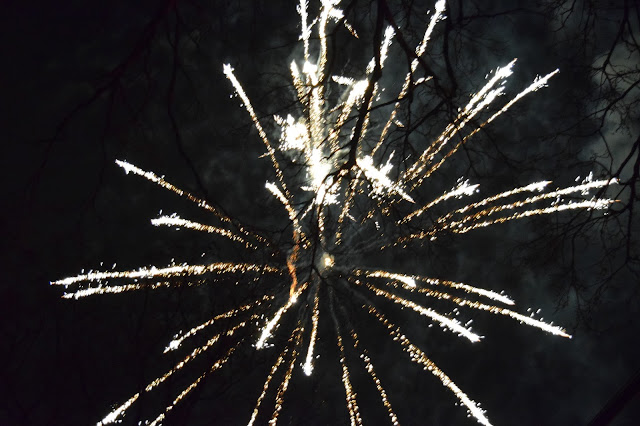 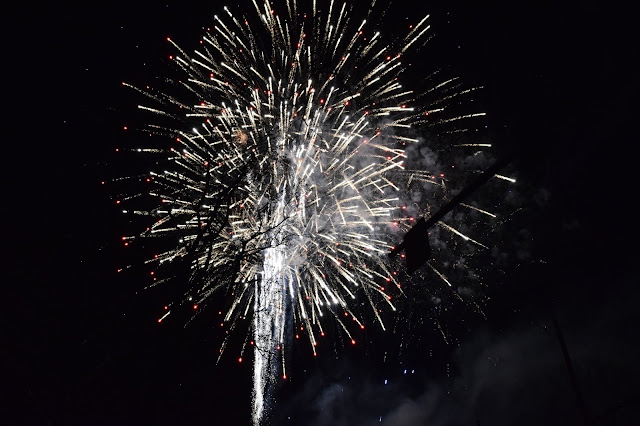 Then I came back to Btown in time for church on Sunday.  That end of my plans actually did go mostly as planned, much to my shock.

It was a fantastic Thanksgiving, though not the one that I had planned.  I am thankful to know that it was exactly what God had planned, and I'm thankful for everyone who reminded me of that when I was not feeling like His plans were any good at all. 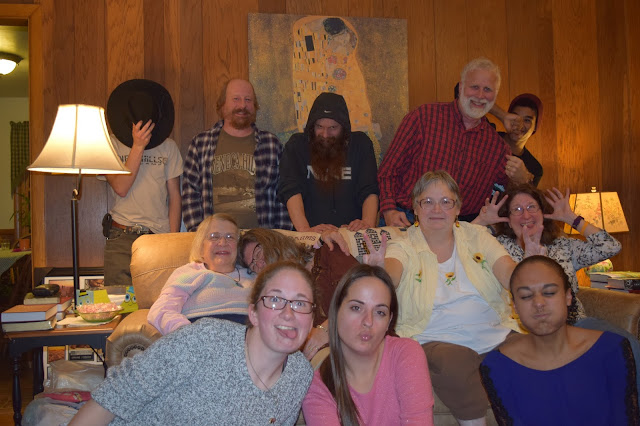 They were better than mine. 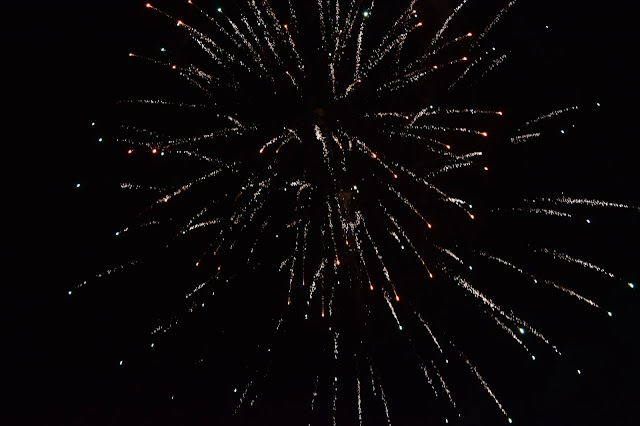