December 26, 2015
Recently I posted a link to this article, Why It Stinks to be Unintentionally Overlooked.  It echoed many other things that I've heard from friends and other pieces I've read.  It vocalized some feelings that I've had, but it also made me want to write a response and push back on it a little bit.

There is a danger of singles in the church falling into a mindset that they are victimized.  I'm pretty sure that everyone feels overlooked a lot of times.  Parents with little kids who really want to just sit and listen to the sermon, but instead are helping out in the nursery.  Families with kids with special needs that no one else in the congregation knows how to relate to.  Really, anyone.  You can think of times you've felt overlooked.  That's a common human condition, not special to singles.

The age bracket that me and a lot of my friends fall into really is just an awkward time.  We've graduated from college... but we don't really know what we're doing or how to do this whole being-an-adult thing.  That uncertainty is compounded by our conviction that EVERYONE ELSE knows what they are doing.

Here are three thoughts that I -- as a single in a church -- have for dealing with the problem of feeling overlooked.

This is where singles and those just graduated from college need to be willing to suck up their pride and ask for help.  Ask someone to help you understand how credit cards work.  Or budgeting.  Or a place to spend the holidays.  We have a responsibility to ask, not just to silently feel overlooked.

2) Recognize the sacrifice -- and trust Him.

A lot of my peers compounded the weirdness of this stage of life by spending a year, or two, or three... in China.  Which means that when we got back, we felt like we were even further behind in the race, like all of our classmates who we'd graduated with had life figured out, and meanwhile we were still trying to remember to tip and that it's not polite to spit in public and that it's a very poor idea to walk out into the middle of traffic.  The culture shock is rough, but it gets better eventually.

That being said, being single and living in a new place and paying your own bills and trying to figure life out largely on your own really is hard.  It's not a bad thing to acknowledge that -- but it is a bad thing to wallow in that and just see it as a useless waste.  For those of us who dealt with the culture shock of returning to the US, we can see dealing with that as part of the sacrifice that we were called to.

For any Christian who is single and it isn't what you had planned for your life, yes, it is a sacrifice of your dreams for your life for this time.  It's okay to say that.  But don't fall into the trap of self pity.  Let it be a joyful sacrifice to the God who is worthy of your whole life.  Married people, divorced people, widowed people -- they are also making sacrifices and having dreams shattered. 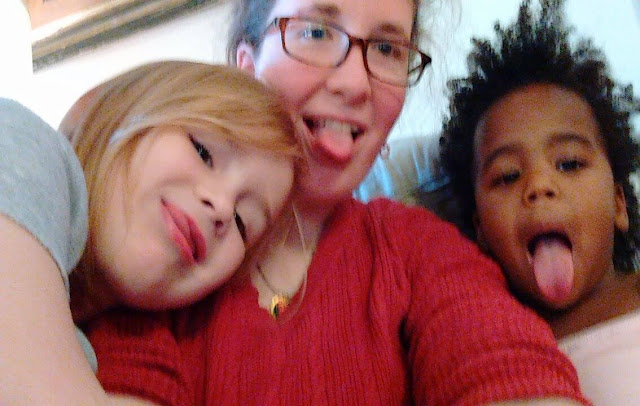 3) Take joy in the opportunities.

Being single has given me a lot of opportunities that I wouldn't have otherwise.  Sure, it closes some doors, but it flings others wide open.  I have more freedom to determine my own schedule than I would otherwise.  More time to write and to read.

Also, I've been blessed in getting to know families in my church in ways that I wouldn't have time or energy for if I had my own family here.  I babysit for four families regularly, and it has been an utter joy and delight to me to get to know those kids and parents.  I have learned so much from getting to observe how the parents teach and interact with their kids, and how the husbands and wives relate to each other, and it is knowledge that will probably continue to affect me for the rest of my life.  I get to be friends with the adults and friends with the kids and not "stuck" in one category or the other, and I really don't even have words for it.

I know it's harder in some places and in some churches to get involved as a single.  But hear me out: try.  Maybe other people are unintentionally overlooking you.  But you can intentionally put yourself in a place of service and of relationship building, a place that blesses others and that opens you up to being brought further into the family of God.