April 02, 2015
Marilynne Robinson is one of those authors, like Leif Enger, who writes in such a way that sometimes I read something and think Yes.  Oh yes.  I know exactly what you mean.


Jack said, "I don't suppose you'd have time for another customer."
"Well, sure."  She was surprised.  They had always been so careful of him, almost afraid to touch him.  There was an aloofness about him more thoroughgoing than modesty or reticence.  It was feral, and fragile.  It had enforced a peculiar decorum on them all, even on their mother.  There was always the moment when they acknowledged this -- no hugging, no roughhousing could include him.  Even his father patted his shoulder tentatively, shy and cautious.  Why should a child have defended his loneliness that way?  But let him have his ways, their father said, or he would be gone.  He'd smile at them across that distance, and the smile was sad and hard, and it meant estrangement, even when he was with them.


I hadn't realized at all how much touch is a love language until I went to college.  The kids in my family are very touchy -- constant hugs and kisses, sitting on top of me while I read to them or did my own school work, and so I hadn't really thought about it.  College was a reality check, forcing me to think about how much American culture is oriented away from touch in a lot of situations.  In China, it was normal for me to link arms or hold hands with close (female) friends; in the US, that would raise some eyebrows. 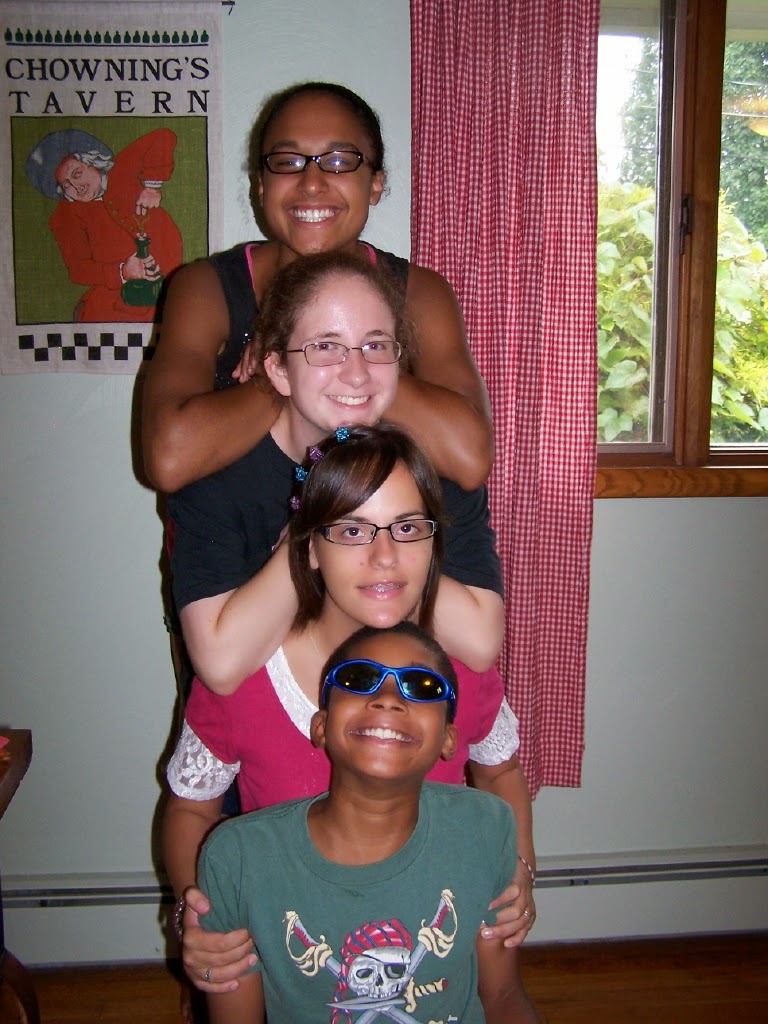 And I think that's lonely.

(One reason that I love giving massages is because it's a great way to bridge the gap, to break down barriers.  Similar to how we know things through our other senses, through seeing and hearing, touch is a way to learn, to get to know another person, to be known.)

So I am a hugger.