Constructive Criticism and a Chinese Proverb

February 08, 2014
What about good criticism?
The question caused a bit of a ripple in the women's Bible study.  After all, we were talking about things like bashing someone versus building them up, criticism versus encouragement... so good criticism?  What what?
I get that.  I totally do.  Because I strongly dislike hate being criticized.  The book we're using says it takes eight positive things to counteract one negative statement and I recently ran across the graphic below -- not exactly the same ratios, but you get the impression -- humans apparently are much more susceptible to criticism than to praise.  (Unless your hubris is the issue at stake, but that's sort of a different topic entirely.) 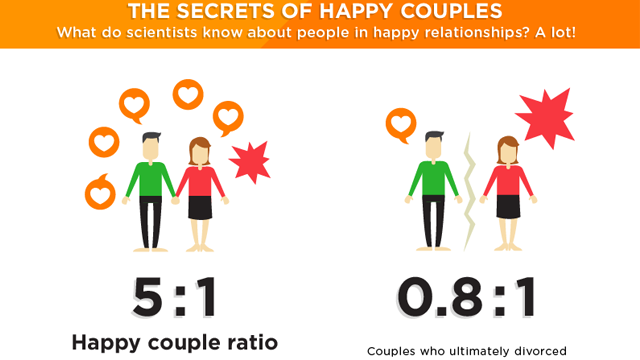 I know that when I'm criticized or rebuked it feels to me like that's all I can see at the moment.  Even if I know you care about me.  And I cry.  (Ask anyone from my mom to my team leader.  Anyone who has really directly rebuked me from, oh, when I was a year old on up to the present day...)
I don't think I'm unique in this.  After all, the author of Hebrews wrote,

Now no chastening seems to be joyful for the present, but painful; nevertheless, afterward it yields the peaceable fruit of righteousness to those who have been trained by it.

True that.  Chastening/discipline doesn't seem "joyful" (understatement!) but I've felt the peace and growth that can come after it.
Anyway.  Back to what was going on in Bible study.  When the topic of beneficial criticism came up, I started trying to think of examples, and my mind moved on to my students last year in China.
The first semester I wanted to encourage them.  I wanted them to see that if they put in effort, they could communicate in English.  That I cared about them as classes and as individuals.
That wasn't a bad goal.
But I was a blend of naive and ignorant.  Some of that came from not having taught before.  Some of it came from being in another culture.  The result is that some of what seemed to me like I was being encouraging seemed to my students like I didn't care.  Especially, I think, to the guys.
To hit is to love.
打是爱。
I have no idea how many of my students said that to me.  And I don't think they're necessarily more masochistic than Americans, but it's a shortened version of a Chinese proverb, a perspective on life that is drilled into them.  I'm asking my former students if they actually agree with this, so hopefully I'll have more concrete answers from them on that soon.
It can be misapplied.  You could try using the phrase to justify abuse, and obviously I don't think that's right.  But I think there is some truth in it... that discipline is a sign of love.
My students, it would seem, agreed.
At the end of the first semester, when I had given around 300 finals over a couple of weeks, I was drained.  And thus probably a little more unfiltered with my students than I had been before.  A few of the guys finished their group final.  I think it was David, Tommy, and Grant.  The three of them had sat in a row towards the back of their class, spoken only if I gave them no alternative, and generally looked like they would have preferred a slow death to having to answer a question.  Their grades were less than stellar.
My theory up to that point was that their English wasn't very good.
Their final exam shattered that delusion.  They all did fine.  They took their random topic from things we had done in class and managed to craft a dialogue about it that was both creative and comic.
Who are these guys? I thought.  Either they had magically acquired new abilities, were suddenly host bodies for an English-speaking parasite, or simply hadn't been giving anything like their best throughout the semester.  It's amazing what the threat of grades can do.
"I'm disappointed," I said.
They looked at me.  While not being great students, they are an extremely respectful and sensitive group of guys.  Maybe they gawked at me would be more accurate.
"You were terrible students," I continued.  "I thought you were going to fail this semester."
Three sets of eyes continued staring at me.  It wasn't anything they didn't already know, but they were all losing face pretty fast.
"But I see from your final exams that you can do much better.  All of you did well.  You worked hard and I can tell.  You need to do that next semester."
The true test of their English comprehension skills?  How quickly the expression in their eyes turned from shame to... something else.  Something warmer.
"Thank you teacher, thank you..."
For a while I felt like I had been unjustifiably harsh.  Maybe there was a gentler way to say that to them.  But as the second semester progressed, mostly I thought that I should have done something of the sort earlier and to more of my students.
Because those guys?  They worked.  Yeah, I had "hit" them.  But by my stinging criticism, I told them a few things indirectly.  I noticed them as individuals.  I knew that they were capable of more.  And I cared about them enough to expect it from them.
Which, I think, helps to explain why David and Grant loved me in ways so radical that it threw me off throughout the semester (in more ways than one.)  David gave me a Communist Youth League pin.  (Um, thanks?)  Grant and his group of friends treated me to one of the most hilarious dinners I had with any of my students -- and at that dinner, we talked about how I had reprimanded him.  I had half forgotten it, but it had clearly made an impression on him.  The last day of our classes, David and Grant stuck around after most of my other students had wandered off.  I got hugged (which DOES NOT HAPPEN).  I almost got tears.
It was disconcerting.
But it makes sense too.  As far as I can tell, they loved me because they knew that I loved them.  Because I disciplined them.
And while grades in an oral English class aren't precisely the type of discipline that I see leading to righteousness, it was a picture for me of how that should work in my own life.  How I should accept discipline from those in authority over me, and particularly from the hand of a perfect and loving heavenly Father, as just that: love.
And that... that's encouraging. 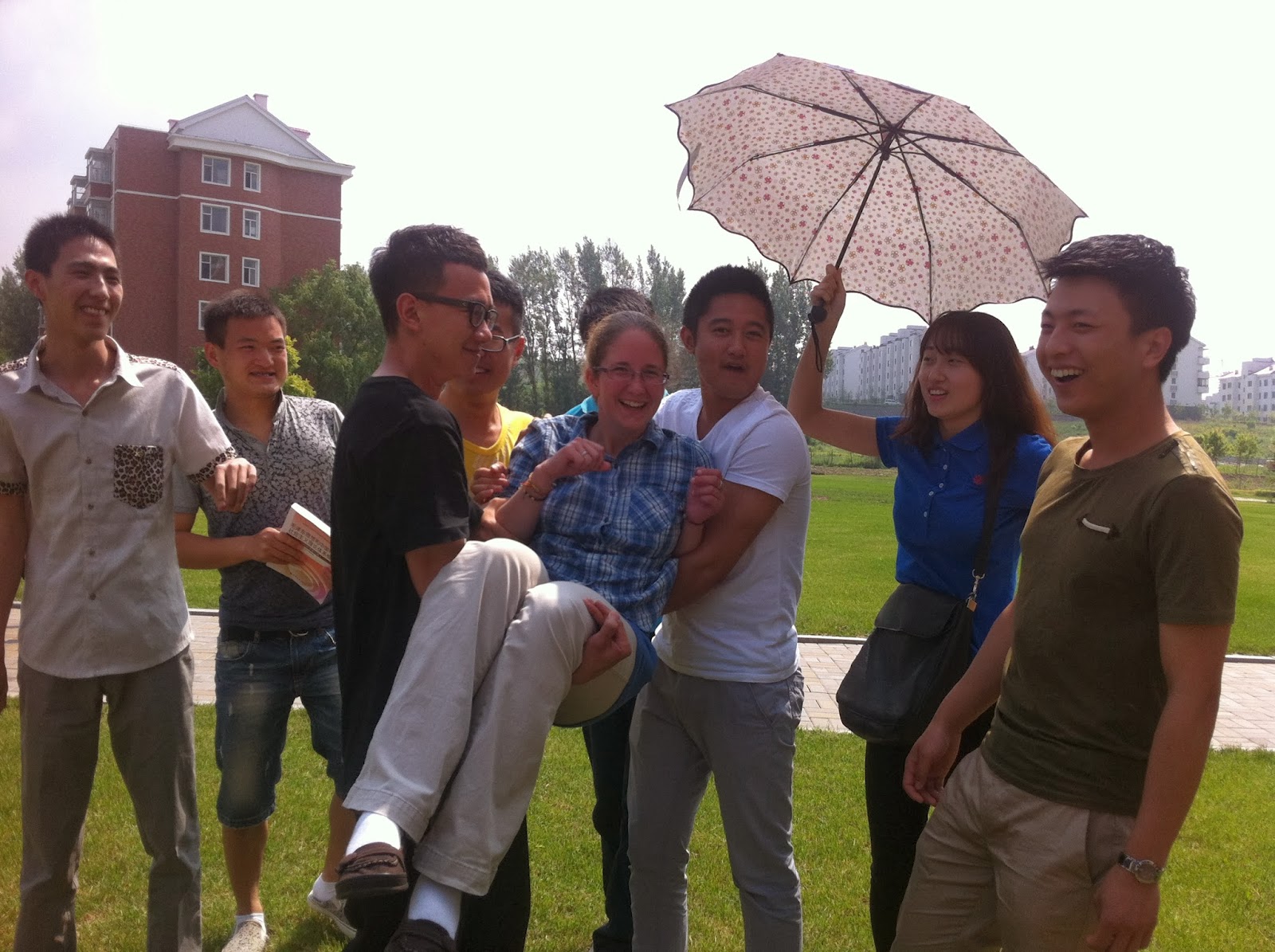 A bunch of the guys from that class; David's in black, Tommy has the funky pocket on the shirt, and Grant was just out of the frame of the shot.